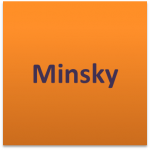 2021 Minsky is a large-scale program aimed at economists and enthusiasts of the functions of financial analysis, which allows simulation of an unstable and chaotic economy along with its many aspects (such as the value of money, the reliability of banks and other institutions).

One of the features of downloading Minsky computer program for free, with a direct link, is the latest version of 2020