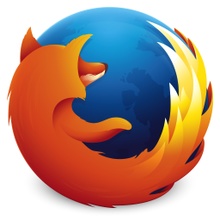 Download Firefox 2021 Arabic Latest version Mozilla Firefox is a free, non-monopoly free web browser that the Mozilla Foundation, Mozilla, and some other developers are developing.

When this browser was launched on September 23, 2002, it was called “Phoenix” and the browser continued under this name until April 14, 2003, where it was changed to Firebird, but this name sparked different reactions, especially due to the Firebird database program that uses the same name, and after conversion, The name changed to Firebird several hours later, and Mozilla changed it to Mozilla Firebird to avoid confusion with the database. But with constant pressure, on February 9, 2004, Mozilla changed its name to Mozilla Firefox, or Firefox. It is worth noting that Firefox is programmed for several languages.

There are some flaws to Firefox but we will only mention that it takes a lot of memory when running it.

Now we will highlight the new Firefox browser, which is called (Firefox Quantum).

Firefox Quantum Browser is a new version of the basic Firefox, but it comes with features that are much more distinct than previous versions of Firefox, and we will try to list them here.

There are more and more Firefox Quantum features and we can’t mention all of its features here so we’ll leave it discover to you.