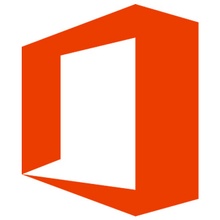 A few years ago, Microsoft was a pioneer in the field of editors with its distinct Office suite. In fact, it was the undisputed first company, but with the advent of Google Docs and other applications, its Office suite of programs was shaken from the first position, and it received very strong competition from the rest of the companies.

This, perhaps, prompted her to develop the premium 2016 version of Office. Instead of changing the user interface to an attractive shape and adding tons of features that no one might need, the company focused on developing Office 2016 directly on the field of communication and cooperation, i.e. making communication, editing documents, and project planning by several individuals not gathered in one place much easier, And of course with the addition of important and wonderful features. Here we mention the most important advantages and disadvantages of Microsoft Office 2016.

Google Docs had one feature that made it so much better than WordPress, which is real-time or real-time editing, meaning that you can edit a document and your friend sees the changes you make directly. Microsoft added this feature to the Office 2016 download,

In addition to the feature of integrating Skype video chats with friends on the team, this feature has worked well. When you press the video call button with a specific friend, Skype for Business lets you chat and edit the document. Open a document, press the share button, give your friend permissions, and you will be able to see his name and cursor on the screen, and the changes he makes. This will work whether you use Word 2016 or Word Web in the browser.

Downloading Office 2016 is easy to invite others to view and edit your documents, as there is a “Share” button on the side of the toolbar in the main desktop applications: Word, Excel, and PowerPoint. In Outlook 2016, when you attach a link to a document stored in OneDrive and email it, the recipient is automatically given edit permissions.

There is a plan that helps in managing projects

Whether your group or team is working on a joint venture or working on rolling assignments, you can track everyone’s work with the new Planner Web app. You can view a list of plans (team assignments), and the amount of progress in each task.

Microsoft has added six new chart types to Excel, and these charts allow you to display data in new and attractive ways. The most interesting chart is the Waterfall chart that shows data with vertical columns indicating losses and profits, depending on their presence relative to a baseline. Microsoft says Waterfall is very useful for financial statements,

But we also think it is useful for tracking website growth, where traffic information can be viewed and how the site is growing. There is also a Sunburst diagram and a tree diagram.

Most important of all, Excel charts give you predictions. For example, if you want to know predictive data for a company’s revenue, you only need to choose a prediction option to show you the expected revenue in orange. Through KojiSoft you can download Microsoft Office 2016 Final Edition with lifelong activation silent install

There is no common real-time modification of Excel and PowerPoint

Word supports real-time document editing sharing, but unfortunately Excel and PowerPoint do not. If you use Excel and PowerPoint web applications, you will see the changes that are made to the files, but not in real-time, but after several seconds of making them, and you and one of your friends will not be able to edit a presentation together if you use a PowerPoint program for the desktop, and the same is true for To excel.

There is no automatic user interface tuning for the tablet

Like previous versions of Office, Office 2016 allows you to activate the touch mode that widens icons for easier targeting with fingers. However, you must manually switch between touch and mouse modes by pressing a small icon in the upper-left corner of one of the program’s windows, then choosing from a drop-down menu.

Since Office 2016 downloads a Microsoft product, and because it works on Windows 10, users had hoped that switching between touch and mouse modes (or tablet and computer) would happen automatically, for example when disconnecting the keyboard.