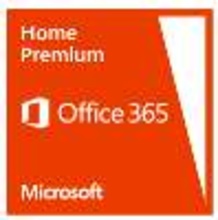 Microsoft Office 2013 has been completely revamped with the release of Windows 8, offering important new features that go beyond the look of the new interface.

The Microsoft Office suite now has a new look compared to previous versions, but without sacrificing the most important features and tools that made the office tool the most important. The new patches that have been implemented help users better optimize their time and use the Internet for this.

The Internet has become an important platform to work now, Office uses this thanks to the inclusion of Office 365 in the same package, and thus the ability to collaborate with all platforms, OneDrive service makes you store all documents and give you access to them from anywhere.

Moreover, the package can be installed on five different devices under one license, this feature will definitely be well received by the users.

The new Office suite for Microsoft Office 2013 offers its users an updated user interface (GUI) for the new Microsoft Windows 8 operating system, which thanks to the new (formerly) UI style (Metro UI) better support of the touch screen.