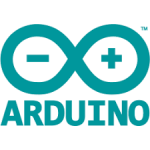 Arduino is an open-source IDE that allows users to write code easily, this development environment is written in Java language.

In March 2015, the Arduino IDE (Integrated Development Editor) was released and has been downloaded more than 8 million times, and today, it is not only used on the Arduino and Genuido scale but also hundreds of companies around the world are using it to program their devices, including equivalent and clone devices.