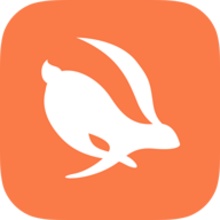 Turbo VPN – Unlimited Free VPN is one of the most popular VPN applications, which can provide all kinds of sites without any restrictions due to the user’s location.

The Turbo application is the fastest in communication among other similar applications, and it is completely unlimited and free program, and it provides an ideal speed for communication, and is popular among a number of users with the “Rabbit” program or application.

The strength of the Turbo VPN application depends on some countries that prevent specific types of sites, and its strength lies in the ability to connect to the Internet through just one click of a button without the need for logins and agreeing to conditions for accessing files via your phone.

Upgrading to a VIP account reduces and accelerates the number of ads and increases the number of servers and at the same time connects to five devices, this one-month plan costs $ 14.29 (£ 10.99).

Register for one year and the price will drop sharply to (2.75 £) per month.

This paid service provides a fully fast and efficient VPN performance that can be used on both mobile and landline devices.

Why is the Turbo VPN app called a bunny app?

Download the Turbo VPN program for Android Turbo VPN application is the easiest application to know its internet connection and its ability to stop tracking the user’s location or not, through the application’s user interface.

How Turbo VPN keeps your data

Turbo VPN’s privacy policy is based on a small amount of information about the data you collect.

The company developed this policy for Turbo VPN explains in its saying: “We do not collect any information about the websites visited or the user-assigned IP addresses when accessing the VPN Turbo network, as well as regarding our VPN service, we do not collect any data Stored or sent from the device, including data sent by applications on the device through our network “

Disadvantages of the Turbo VPN app