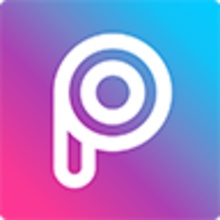 Download PicsArt Photo Studio for Android 2021 to edit photos: PicsArt is one of the best photo editing programs and drawing on it or drawing on a background of a specific color that you can select, as this program contains a very large number of tools, and it is also available for smartphones and for computers. In this article, we will try to mention some of the advantages and disadvantages of this wonderful program.

Disadvantages of the PicsArt program

So is PicsArt the best?

Certainly yes, for a smartphone PicsArt is the best program ever, as there is no other program for the mobile that contains this amount of tools. As for the computer, there are many better programs than PicsArt, but they are usually heavy on devices and need high requirements. Moreover, PicsArt is available for free on Google Play and on the Store application in Windows 10 and can be installed easily, unlike Photoshop, which is considered the best program in this field for a computer.