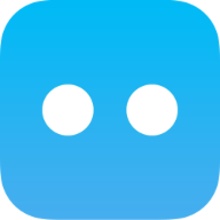 Not a few users prefer not to resort to the most common chat and messaging apps like WhatsApp and Messenger for many reasons, they prefer to rely on an alternative type to send and receive messages, there are a lot of options in front of them such as: Telegram, line, imo … etc, as well as BOTIM.

Download the BOTIM 2021 program for video calls for free: The BOTIM app is a recently launched instant messaging app that allows messaging with free voice and video calls.

Downloading BOTIM is a great way to keep in touch anytime, anywhere with your friends, the program contains extensive functions that combine the capabilities of the most popular instant messaging programs.

Botim application enables free voice and video calls over 2G, 3G, 4G or Wi-Fi connection and also supports all Arab and international mobile network operators, so it is not an application that is not among the apps that have been blocked from most Arab countries.

And because it is the only application that does not block free voice and video communication, its number of users has reached more than 5 million within a very short time.

An important feature of BOTIM, it supports a wide range of communication methods. You can send and receive messages not only over Wi-Fi or 4G but also less common standards like 2G.

The features of the BOTIM 2021 application

Features of the latest update from the BOTIM Messenger app

UAE telecom companies have tried to take advantage of the great success of the botim messenger application, “Etisalat and Du” and they agreed with the application to provide unlimited voice and video calls within the United Arab Emirates in exchange for monthly packages and as an addition to their prepaid service.

Users were dismayed by downloading the BOTIM program from the idea of ​​its switching to a paid application, and they also noted the bad experience of not completing it, especially in international calls, as a number of users in other Arab countries were surprised at the beginning of this year by stopping the voice service completely, which forced the developer of the application Upon updating the app to restart it for free again.

The users considered what the UAE telecom companies did “a hoax” as they acquired 100 dirhams and users did not get free calls from the application.

The disadvantages of BOTIM