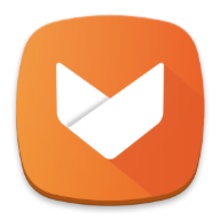 Aptoide is a technical treasure that contains endless applications for smartphones and tablets users compared to the traditional application for Android – Google Play, as the application provides access to a comprehensive library of programs and mobile games that you can download for free in the form of an APK file.

If you have problems with the Play Store, here is the safe and great alternative for it! Aptoide, which started as a student project in a Portuguese university, is now the second-largest online store for Android, after Google Play Store! Aptoide contains all the Android apps you need and allows you to download it for free! Perhaps some people come to mind asking why they use the Aptoide store instead of Google play, read the topic and you will know the reasons in detail.

It cannot be hidden that Aptoide is an ideal suggestion for all users whose official store domain is not enough with mobile apps for Android devices.

Browse Aptoide before use

The store is very similar to the Play Store, and it is shown on the home page from top to bottom:

How to use Aptoide store

We now come to an important point which is the steps of using the store, to start enjoying your favorite applications, follow the following steps: