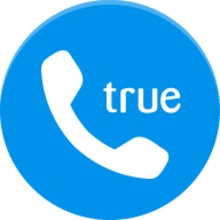 Download Truecaller for Mobile 2020: The Truecaller app is the most popular application to detect the identity of callers by their phone numbers, with the ability to identify incoming calls and block some unwanted calls.

The application, which is now used by 250 million users, began to be developed by two friends in Sweden, and in 2013 it achieved the first 10 million, global users.

How does Truecaller work?

Truecaller 2021 is a giant database app compiled by regular users, who use the same operating system.

Advantages of the latest version of Truecaller

Features for releasing the app in India

The Truecaller application is one of the applications that download means abandoning the privacy of the user and exposing him to be exposed to security in front of other Internet users around the world, and among the most important disadvantages of the Truecaller caller identification application which is mentioned by the Google Play Store: