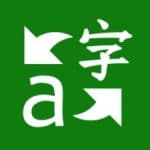 Microsoft Translator is a great tool for translating written or spoken texts, which can be somewhat a substitute for great translation from Google.

One of the features of downloading Microsoft Translate 2021 for Android

The most important question is – what languages ​​are supported in Microsoft Translator?

After downloading the Microsoft translator 2021 program, you can enjoy some advantages without connecting to the Internet, as the languages ​​that can be downloaded for later offline use, i.e. without an internet connection, are: English, Simplified Chinese, French, Spanish, German, Polish, Portuguese, Russian, Turkish, Vietnamese, Italian.