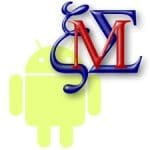 Maxima is one of the most popular computer algebra systems, and is also a program that supports symbolic calculations in mathematics, physics, and other technical disciplines.

Dating back to the late 1960s, Maxima Downloader is derived from the Macsyma program developed at the Massachusetts Institute of Technology (MIT), commissioned by the US Department of Energy.

In 1998, the DOE agreed to release Maxima code under GPL for one year, and since then the software has been developed in versions for Windows, Mac, and Linux operating systems.

His condition can be found on the official Maxima.SourceForge.net website. But interestingly enough, there is also a version called Maxima on Android for Android smartphones and tablets; let’s look at it now.