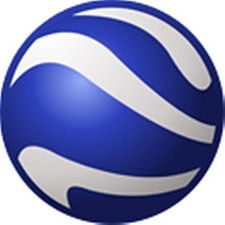 Google Earth is a three-dimensional copy of the globe, made possible by all millions of photos thanks to the satellites, as the orbiting satellites constantly capture new images of the regions that are added to the database, and as a result, users can enlarge almost anywhere in the world, Without having to go there.

Zooming in or out can make users close enough to see flowers at their own door, while miniaturization can display the ground as a total field.