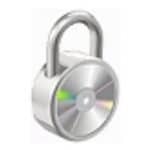 One of the first things that stands out in downloading dBpoweramp Music Converter is that if we want to convert MP3 to another compatible format (such as MP4, M4A, WMA, OGG, Monkey’s Audio, AAC, FLAC or ALC) we can only choose the file.

dbpoweramp Music Converter Pack installs three Music Conversion-related applications; a standard converter, a CD, that combines various data services to fill in metadata for MP3 file tags, including covers, and a third program that allows you to search the disk and convert large amounts of files at the same time.

This program is fully integrated with Windows, even in the context menu, and also allows you to add sound effects during the conversion, and as an additional feature that can take full advantage of the many basic processors that most computers today have.