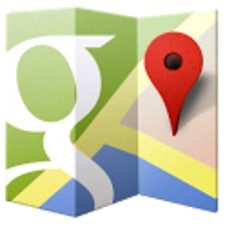 When Apple’s designed iPhone mapping and GPS app performance declined, Google could leave Apple users without a trick, but instead Google released the all-new Google Maps and Maps application for free to help restore its dominance on Maps In the Apple iOS6 environment.

There are a lot of competitive mapping applications, but Google Maps remains at the forefront, as it is an easy-to-use application and full of great features for all mobile phones, and although many of you may use it for directions every day, there are a lot of hidden tools and functions that may She had not encountered her before.

Google has exceeded expectations in the use of the Google Maps app for iPhone, it quickly produced the application, which won the approval of iPhone users, as it produced a strong product that works well and is able to compete within the group of maps applications in smartphones.

Google Maps for iPhone includes a business search using the powerful Google Local search tool, powerful ratings, and reviews, and it syncs searches and favorites list when you sign in with a Google account.

Google Maps provides you with spoken street names, and with different directions step by step, the application quickly calculates directions, identifies, and pronounces the best roads and street names in a clear voice.

The app also provides you with the use of Google Earth, and if you are not familiar with Google Earth, it is the app that allows you to explore detailed satellite imagery of the world and 3D views by swiping your finger.