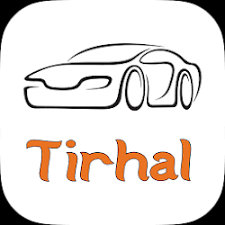 Download new tirhal application, an effective application that is distinguished by the state of Sudan, facilitating the transportation service within the country, especially in the capital, Khartoum, which is characterized by severe overcrowding, as any person residing on the territory of the Sudanese state through the Tarhal application can request a taxi.

After downloading the application on his smartphone, and a map is available in the application that determines the location of the user and the car reaches him and takes him to the place he wants, in exchange for a simple financial, and in a car with high service capabilities, and through a driver with unique specifications, but it is required that the applicant is connected to the Internet so that the driver can Determining his location, this service is much like “Uber and Karim in Egypt.”

The beginning of the idea of ​​tirhal travel

The idea of ​​the application of tirhal started by a group of Sudanese youth who are working to promote their taxis and compete with the taxi of all kinds, and the service has already been very popular, and now the service is managed by 3 national companies, and it sets strict standards for the cars used, and unique recipes for the drivers working on it, and has been allocated A number for citizens to submit complaints to, through which they can work to continuously improve the service.

How to use the tirhal app